We were up at out again by 8:30. We headed to Pont du Gard, an old Roman aqueduct built about 2000 years ago sometime between 40-60 AD. It was an amazing structure. The total aqueduct system was 31 miles long when it was originally built. It carried water from Uzes to Nimes and brought about 44,000,000 gallons of water a day. 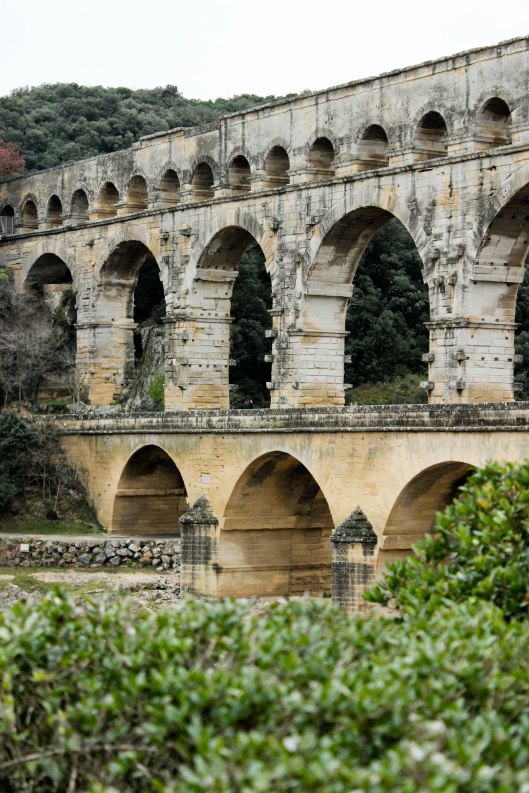 There were also amazing olive trees around it that are believed to be 1000 years old. They were so beautiful, twisted and gnarly.

We walked across the bridge of the aqueduct and spent some time exploring the area. 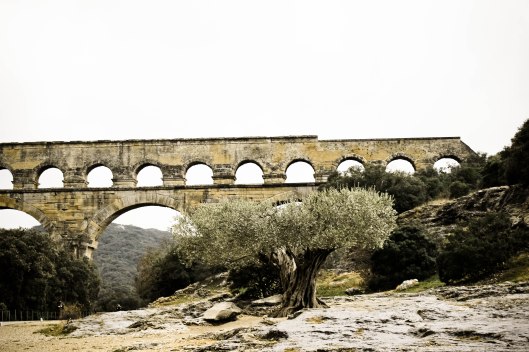 We then boarded the busses and headed to a tiny medieval town called Uzes. Built sometime in the 5th century, with an enclosed courtyard in the center to fortify it. There was a beautiful fountain in the middle. The whole town looked like it was straight out of the Three Musketeers. You could picture Dumas’ sitting at a cafe writing the Musketeers into life, picturing them fencing around the courtyard.

At night we wandered again around Avignon. It was very rainy, but we made the most of it. Tomorrow is the last day!